ABC Explains:
The retail giant Kmart says it only started building safety checks in Bangladesh after the recent factory collapse that killed more than 1,000 garment workers.

Kmart took 3 years to act on an audit from their Bangladeshi factories in 2010, which brought up problems including of substandard living wage and child labour, because these factories were only being used for indirect sourcing they were not seen as a priority.

I have had my own journey with Kmart, in my past life as a cosmetics manufacturer, dealing with their buyers. As a supplier I know firsthand what the buyers at Kmart do – they squeeze, and squeeze and squeeze until you have nowhere else to go but to find the cheapest suppliers. I ended up outsourcing to China, finding the cheapest supplier I could. I never felt I could question them or push back, because there is such a power imbalance between big store chains and small suppliers..

Guy Russo says the retailer will not be abandoning Bangladesh, but has pledged a zero tolerance for unsafe buildings, sweatshop conditions or slave labour. These are fine sentiments, but can Kmart guarantee that it won’t be falling into old habits again come Christmas time?

A key reason why I got away from that sort of industry is because it made me sick. It made me sick to think of the waste, the over-packaging, the presents under Christmas trees made from the cheapest materials into the cheapest possible product, a product that won’t last.

At the big promotion times, like Mother’s Day and Christmas, it made me sick to think of my products covered in paper and plastic only to be thrown into the bin in the coming weeks.

This issue of clothing imports from countries like Bangladesh goes right to the very heart of over consumption and climate change. It is these fast fashion and accessory items that end up contributing to the ludicrous amount of waste that gets dumped in tips.

Over-consumption and waste in our throwaway society are placing an intolerable strain on the planet’s natural resources and environment, with climate change a major symptom of the problem.

What can one person do?

Change your consumption behaviour. Just ask yourself: Do I really need this? And where does it really come from? 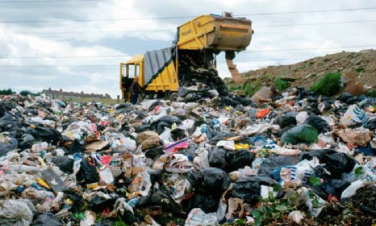 You will find that the money that you save from snap decision purchases means you will be able to afford better quality and higher ethical standard goods. By all means look to buy products that create jobs for women in poor countries like Bangladesh, but I my opinion this should never be at the cost of their exploitation, even their lives, nor at such a high cost to the planet.

By giving yourself time to research a product and a company you can make a difference.

Can we rely on Kmart to lead the way this Christmas?

1 Million women will be watching. 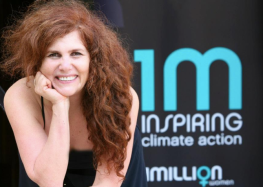 A message from Nat,

Don’t forget to check out our website for more information on how to change your behavior! We are daughters, mothers, sisters and grandmothers getting on with practical climate action to live better for us and the planet. Join the movement at www.1millionwomen.com.au

One response to “Can we count on you Kmart? 1 Million Women are watching”