Climate justice is one of the largest human rights issues facing our world today, and extremely important to discuss this Blog Action Day 2013 focused on human rights.

The effects of climate change are already being seen throughout our world however on a disproportional level with those least responsible for global warming being affected the most. This is unjust in all senses of the word. Imagine how you feel when you get blamed for something you don’t believe your responsible for?

Developing countries are feeling the brunt of climate change induced phenomena like increased incidences of droughts, flooding, violent weather patterns, desertification, crop failures and diseases spreading into new areas, all of which are affecting basic human rights. Climate change is a global challenge, the biggest one facing the future of our planet, but some nations are better equipped to respond to this challenge, which is where climate justice comes in.

The Mary Jane Robinson Foundation for Climate Justice says “Climate justice links human rights and development to achieve a human-centered approach, safeguarding the rights of the most vulnerable and sharing the burdens and benefits of climate change and its resolution equitably and fairly.”

Safeguarding and sharing stand out as key words of climate justice and assert the global responsibility of developed countries to mitigate their own carbon emissions and support developing countries to do the same, recognising their right to develop but helping them to form a low carbon path. 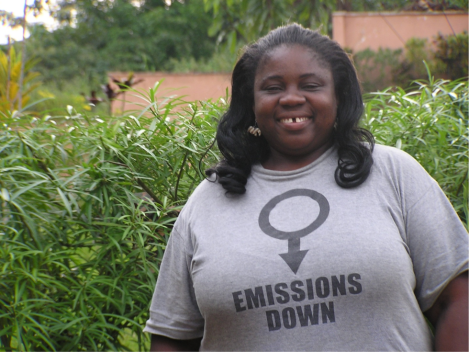 Rosemary Enie, Director of the Women Environment and Climate Action Network (WECAN) in Tanzania says there can be no “climate justice without gender justice”. Gender inequality is a major aspect of climate justice. Climate change jeopardises food and water security, limits access to resources, and exacerbates the effects of poverty. In developing countries where women are the care takers of the community, the resource managers, water collectors and around the world produce most of the food, these effects of climate change will be greater on women than men. In Africa for example women produce 80% of food, which is why the gender dimension of climate change needs to be highlighted and profiled more often.

Enie say’s that women do not need to be treated as victims which just raises the barriers of inequality more. Women are powerful agents of change and what they need in developing countries is to receive adequate help and empowerment for economic, ecological, social and cultural concerns.

Climate justice and gender justice go hand-in-hand as pertinent human rights issues which need to be addressed through the partnership of the developed and the developing world. The recent IWECI Summit in New York brought together 100 women from all around the world to discuss a women’s climate action agenda. This was a positive forum which addressed climate change as a global challenge and is an example of the critical kinds of connections between nations, and especially women, which need to start being made.

Climate financing was an important discussion topic between the summit delegates linking to climate justice. Developed countries have a funding obligation to developing countries, to help get money to the ground and put climate mitigation and resilience strategies in place. Noelene Nabulivou from Development Alternatives with Women for a New Era (DAWN) said “If the money is not getting to the women on the ground then it is not climate financing.”

Big countries must help to provide the finance to developing ones, as we all need to make reductions. Climate change will not be averted with reductions by big countries alone. This is a shared challenge but financial help is needed to help developing countries arrive at the challenge.

Climate and gender justice calls for people’s rights to be protected, and we need to make sure nobody is left behind. 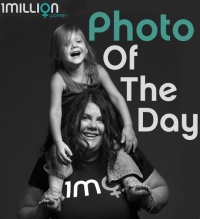